The Mayowood Corridor is located near Historic Mayowood in SW Rochester. It is a collaborative effort between Olmsted County and the City of Rochester. The corridor is maintained by Rochester Parks & Recreation

Amenities include: Hiking, Running, and Biking. 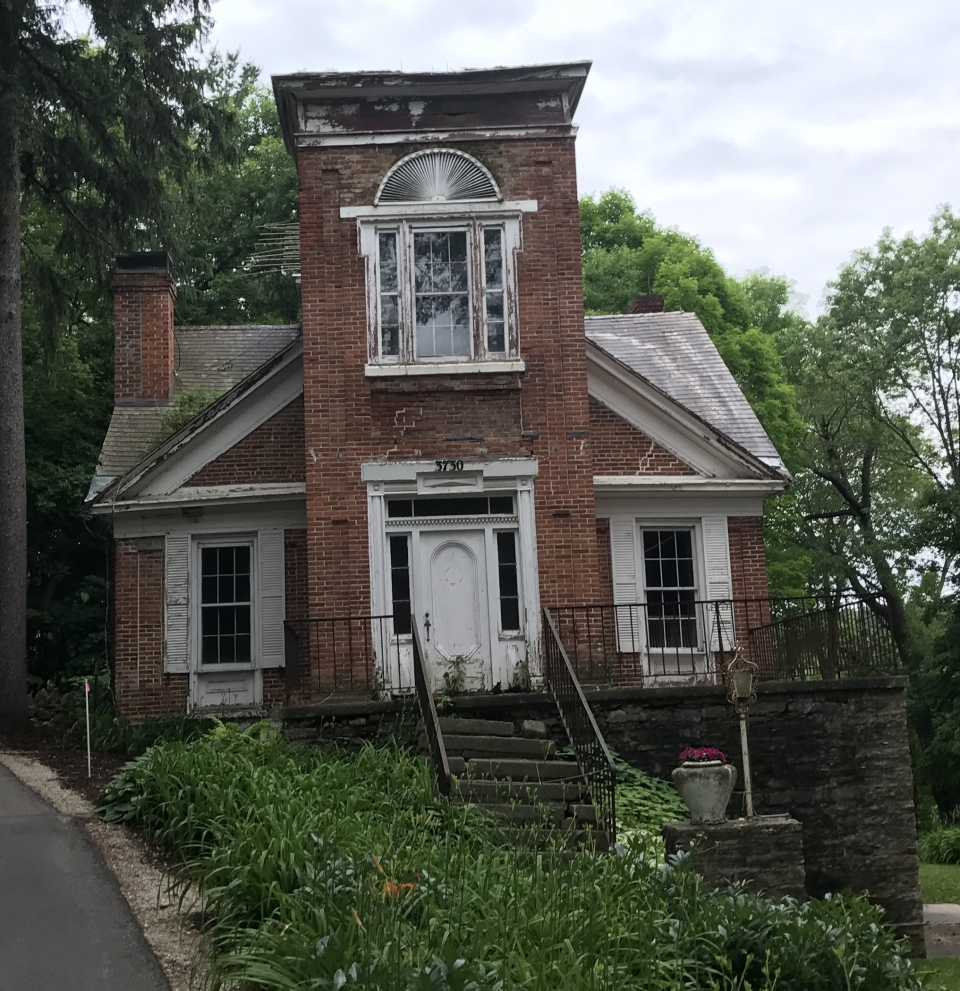 The Biermann House stands at the foot of the driveway to the Mayowood Mansion.

Olmsted County recently submitted a request to the Minnesota Department of Natural Resources (MNDNR) to replace recreational land. A 1.3-acre parcel within the 80-acre boundary of the Mayowood Corridor, including the historic Biermann House, will be replaced with the 2.92-acre property that currently consists of the Fisherman’s Inn Restaurant, parking lot, and private boat launch, which is located adjacent to Lake Zumbro Park. The National Park Service (NPS) issued a Finding of No Significant Impacts (FONSI).

The public is invited to provide comments on this document in writing by Friday, October 29, 2021. Comment letters should be directed to Olmsted County Parks Director, Karlin Ziegler 2122 Campus Drive SE, Suite 200 Rochester MN 55904 or by email at Ziegler.Karlin@co.olmsted.mn.us

In 1979 Olmsted County purchased 1.3 acres of land and the red brick house known as the "Biermann House" along with 73 acres of parkland known as the Mayowood corridor. The land was purchased as part of a 3-phase approach to purchase up to 200 acres of parkland along Mayowood Lake.  Federal and State funds were used to assist in the purchase of this first phase of land acquisition. This funding stipulated that the purchased lands be used for outdoor recreational purposes. The Biermann House was originally intended to be used as a caretaker's house for the proposed 200-acre park.

Following the purchase of phase I, public opposition and difficulties obtaining grant money caused the plans for phase II and III to be abandoned. The County's land abutted some land owned by the City of Rochester and used for a pedestrian/bike trail system. The City was given permission to extend its trail system onto the abutting County land to help fulfill the intent of the outdoor recreational purpose. Through a collaborative effort, the Mayowood Corridor Park is currently owned by Olmsted County and managed by the City of Rochester Parks and Recreation Department.

Without the purchase of additional lands, the Biermann House parcel sits across the bridge and disconnected from the rest of the Mayowood Corridor Park. At the time, the best use of the property was to rent out the house and try to generate some revenue for the Parks Division. In 1991 a 25-year lease with the Historical Society was agreed to and the home continued to be used as a private residence. The private resident of the house moved out in 1996 and neglected to winterize the house or notify the Historical Society which caused major water damage to the house when the pipes froze. The house has remained empty since that time. In 2016, Olmsted County took possession of the house after the termination of the 25-year lease. With significant deterioration of the house, the County was left with limited options for future reuse of the property.

The Biermann House and parcel have admittedly never fulfilled the specific requirements of the original federal grants requiring it to be used for outdoor recreational use. Also, the grant specifically states that the property cannot be sold or transferred to another jurisdiction without the prior written consent of the granting authorities. If the land is sold, it must be replaced with property of equal value and that replacement property must be designated for outdoor recreation use. This process is to remove the grant restrictions from the Biermann House property, so it is available for reuse by others is referred to as conversion. The house is also listed on the National Historic Registry which means it has restrictions on future renovations managed by the State Historic Preservation Office.

The conversion process takes up to a year or more to complete the necessary elements with all of the interested state and federal agencies. The County Board did not find it fiscally responsible to spend significant taxpayer dollars to restore the house, not having a substantial end use of the house that fits into the outdoor recreational use requirements. If no other options were presented, the house was scheduled to be demolished.

In 2018 the County opened a Request for Proposals (RFP) process to open the door for other public and private entities and individuals to present options for best reuse of the Biermann house and property. The initial RFP resulted in only 1 proposal, however other parties notified the County after the close of the initial RFP process that they were interested in putting together a proposal but did not have enough time to submit. The county agreed to open the RFP for a second round to get as many proposals for reuse to consider as possible. After the close of the second RFP process, the County received two proposals, Powers Ventures and Rochester City Parks.

This item appears in